There are several multilateral institutions in which such issues should be addressed. But the most important policies should be discussed and coordinated in a flexible contact group of leading coalition governments. This is a good place, for example, to develop joint strategies for targeting terrorist travel, or for hammering out a common strategy for the places where terrorists may be finding sanctuary. Presently the Muslim and Arab states meet with each other, in organizations such as the Islamic Conference and the Arab League.

A recent G-8 summit initiative to begin a dialogue about reform may be a start toward finding a place where leading Muslim states can discuss-and be seen to discuss-critical policy issues with the leading Western powers committed to the future of the Arab and Muslim world. These new international efforts can create durable habits of visible cooperation, as states willing to step up to their responsibilities join together in constructive efforts to direct assistance and coordinate action. Coalition warfare also requires coalition policies on what to do with enemy captives.

Allegations that the United States abused prisoners in its custody make it harder to build the diplomatic, political, and military alliances the government will need. The United States should work with friends to develop mutually agreed-on principles for the detention and humane treatment of captured international terrorists who are not being held under a particular country's criminal laws. Countries such as Britain, Australia, and Muslim friends, are committed to fighting terrorists. America should be able to reconcile its views on how to balance humanity and security with our nation's commitment to these same goals.

The United States and some of its allies do not accept the application of full Geneva Convention treatment of prisoners of war to captured terrorists. Those Conventions establish a minimum set of standards for prisoners in internal conflicts. Since the international struggle against Islamist terrorism is not internal, those provisions do not formally apply, but they are commonly accepted as basic standards for humane treatment.

Recommendation: The United States should engage its friends to develop a common coalition approach toward the detention and humane treatment of captured terrorists.

New principles might draw upon Article 3 of the Geneva Conventions on the law of armed conflict. That article was specifically designed for those cases in which the usual laws of war did not apply. Its minimum standards are generally accepted throughout the world as customary international law. Proliferation of Weapons of Mass Destruction The greatest danger of another catastrophic attack in the United States will materialize if the world's most dangerous terrorists acquire the world's most dangerous weapons.

As we note in chapter 2, al Qaeda has tried to acquire or make nuclear weapons for at least ten years.


In chapter 4, we mentioned officials worriedly discussing, in , reports that Bin Ladin's associates thought their leader was intent on carrying out a "Hiroshima. In the public portion of his February worldwide threat assessment to Congress, DCI Tenet noted that Bin Ladin considered the acquisition of weapons of mass destruction to be a "religious obligation. A trained nuclear engineer with an amount of highly enriched uranium or plutonium about the size of a grapefruit or an orange, together with commercially available material, could fashion a nuclear device that would fit in a van like the one Ramzi Yousef parked in the garage of the World Trade Center in Such a bomb would level Lower Manhattan.

We recommend several initiatives in this area. Strengthen Counterproliferation Efforts. While efforts to shut down Libya's illegal nuclear program have been generally successful, Pakistan's illicit trade and the nuclear smuggling networks of Pakistani scientist A.

Khan have revealed that the spread of nuclear weapons is a problem of global dimensions. Attempts to deal with Iran's nuclear program are still underway. Therefore, the United States should work with the international community to develop laws and an international legal regime with universal jurisdiction to enable the capture, interdiction, and prosecution of such smugglers by any state in the world where they do not disclose their activities.

Russia and China should be encouraged to participate. Support the Cooperative Threat Reduction Program. Outside experts are deeply worried about the U.

The government's main instrument in this area, the Cooperative Threat Reduction Program usually referred to as "Nunn-Lugar," after the senators who sponsored the legislation in , is now in need of expansion, improvement, and resources. The government should weigh the value of this investment against the catastrophic cost America would face should such weapons find their way to the terrorists who are so anxious to acquire them.

Recommendation: Our report shows that al Qaeda has tried to acquire or make weapons of mass destruction for at least ten years. There is no doubt the United States would be a prime target.

Preventing the proliferation of these weapons warrants a maximum effort-by strengthening counterproliferation efforts, expanding the Proliferation Security Initiative, and supporting the Cooperative Threat Reduction program. Targeting Terrorist Money The general public sees attacks on terrorist finance as a way to "starve the terrorists of money.

These actions appeared to have little effect and, when confronted by legal challenges, the United States and the United Nations were often forced to unfreeze assets. The difficulty, understood later, was that even if the intelligence community might "link" someone to a terrorist group through acquaintances or communications, the task of tracing the money from that individual to the terrorist group, or otherwise showing complicity, was far more difficult.

It was harder still to do so without disclosing secrets. These early missteps made other countries unwilling to freeze assets or otherwise act merely on the basis of a U. Multilateral freezing mechanisms now require waiting periods before being put into effect, eliminating the element of surprise and thus virtually ensuring that little money is actually frozen.

Worldwide asset freezes have not been adequately enforced and have been easily circumvented, often within weeks, by simple methods. But trying to starve the terrorists of money is like trying to catch one kind of fish by draining the ocean. A better strategy has evolved since those early months, as the government learned more about how al Qaeda raises, moves, and spends money.

Recommendation: Vigorous efforts to track terrorist financing must remain front and center in U. The government has recognized that information about terrorist money helps us to understand their networks, search them out, and disrupt their operations. Intelligence and law enforcement have targeted the relatively small number of financial facilitators-individuals al Qaeda relied on for their ability to raise and deliver money-at the core of al Qaeda's revenue stream.

These efforts have worked. The death or capture of several important facilitators has decreased the amount of money available to al Qaeda and has increased its costs and difficulty in raising and moving that money.

Captures have additionally provided a windfall of intelligence that can be used to continue the cycle of disruption. Obvious vulnerabilities in the U. The United States has been less successful in persuading other countries to adopt financial regulations that would permit the tracing of financial transactions. Public designation of terrorist financiers and organizations is still part of the fight, but it is not the primary weapon. Designations are instead a form of diplomacy, as governments join together to identify named individuals and groups as terrorists.

They also prevent open fundraising. Some charities that have been identified as likely avenues for terrorist financing have seen their donations diminish and their activities come under more scrutiny, and others have been put out of business, although controlling overseas branches of Gulf-area charities remains a challenge. The Saudi crackdown after the May terrorist attacks in Riyadh has apparently reduced the funds available to al Qaeda-per-haps drastically-but it is too soon to know if this reduction will last.

Though progress apparently has been made, terrorists have shown considerable creativity in their methods of moving money.

If al Qaeda is replaced by smaller, decentralized terrorist groups, the premise behind the government's efforts-that terrorists need a financial support network-may become outdated. Moreover, some terrorist operations do not rely on outside sources of money and may now be self-funding, either through legitimate employment or low-level criminal activity. Some of the changes are due to government action, such as new precautions to protect aircraft.

A portion can be attributed to the sheer scale of spending and effort. Publicity and the vigilance of ordinary Americans also make a difference. But the President and other officials acknowledge that although Americans may be safer, they are not safe. Our report shows that the terrorists analyze defenses. They plan accordingly. 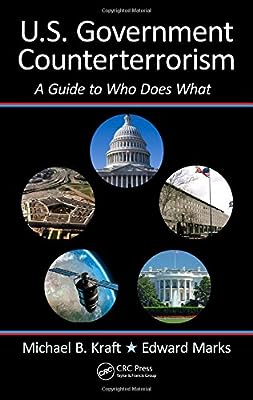 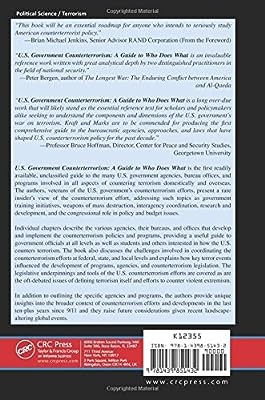 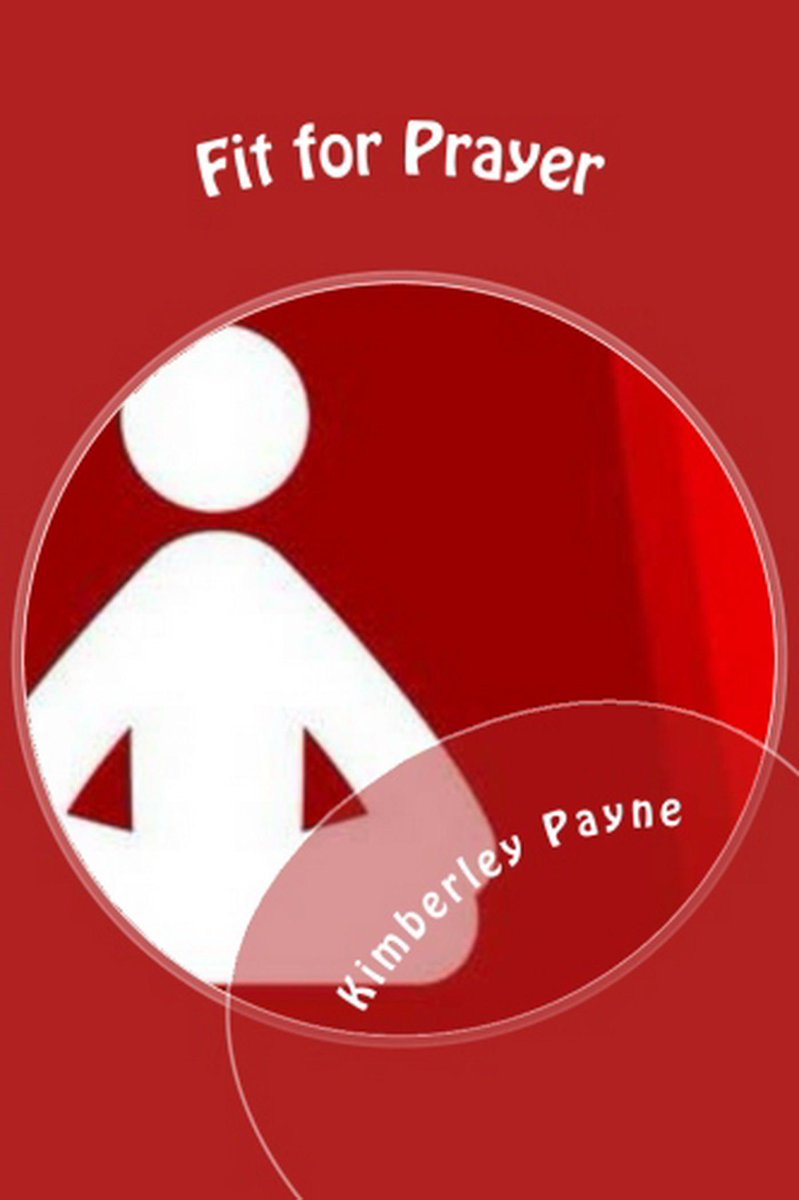 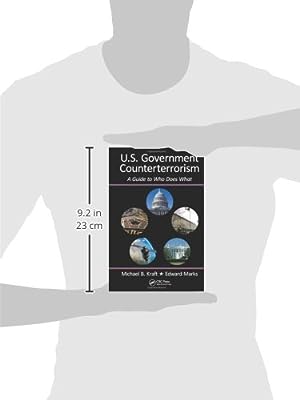 Related U.S. Government Counterterrorism: A Guide to Who Does What